Have you been subjected to domestic abuse? Don’t suffer in silence. Find support networks across Essex by visiting essexcompass.org.uk

Change delivers community based Respect accredited domestic violence perpetrator programmes which include a dedicated Integrated Support Service for victims of domestic abuse and their children. Our programmes are for men, women, and those within same sex relationships, who want to stop being abusive towards intimate partners.

Are you in an abusive relationship?

For the 12-month period to year ending March 2020 the Crime Survey for England and Wales showed that an estimated 2.3 million adults aged 16 to 74 years experienced domestic abuse in the last year (1.6 million women and 757,000 men)

Want to change your abusive behaviour?

The Change Project delivers behaviour change programmes to both male and female perpetrators of domestic abuse.

We deliver the Domestic Abuse Perpetrator Programmes (DAPP) in Essex, Hertfordshire, Bedfordshire, Suffolk and Norfolk. The programme is for individuals who want to stop being abusive towards their partners and are motivated to change their behaviour.

We accept both statutory and self-referrals and each referral is assessed individually for suitability. If the perpetrator is assessed as suitable, they are placed on to a group programme.

The DAPP is 27-week programme.

What happens at the end of the programme?

Some men who come on programme are desperate to save their relationship with their partner and move on from the abuse. Once the programme has been successfully completed, and the couple have both actively engaged throughout, then there is potential to continue into Relationship Counselling with a Change Counsellor to help you negotiate new couple communication skills.

Domestic Violence Perpetrator Programmes, when and where?

The 1-2-1 Domestic Abuse Perpetrator Programme (DAPP) is available for men and women who are using violence and abuse in their relationships and want to change.

The 1-2-1 programme is delivered individually to female abusers and to men who require an interpreter or are unable to commit to group.

Joining 1-2-1 programme can be discussed with your assessor during your suitability assessment.

The Change Project offers a service to women and men who have experienced domestic abuse and whose (ex)partner has been referred to the group or individual Domestic Violence Perpetrator Programmes. This service is free and is available regardless whether your (ex) partner completes the course.

Our Integrated Partner Support service is aimed at increasing victim’s safety. By enabling victims to explore and make sense of their experience of domestic abuse, we can help to increase their control over their own lives by:

We make proactive contact with every current or ex partner of the client attending one of our Domestic Violence Perpetrator Programmes. This is done through sending an information pack and through making every effort to make contact by telephone.

We always try to stay in touch with (ex)partners by calling them at regular intervals. When we have specific concerns for the safety of a victim or his/her children we immediately prioritise that call and do everything in our power to minimise the risk.

I’m not sure I want to get involved?

You do not have to. The partner’s safety officer services are voluntary and whether you accept the service or not does not affect your partner or ex-partner’s suitability assessment outcome. However the partner’s service is highly recommended.

Domestic Abuse affects everyone in the family. We can help.

Testimonials of attendees from our Domestic Violence Perpetrator Programmes…

“When I started the programme, I’ll be honest, I didn’t think I should have been there. I blamed my ex for everything, but then I learned how much it was about me, how I acted, how I would control everything and what damage I had done. It was at that point I realised, I really do need to be here. I am no different to the others, I don’t want to do that anymore.”
–Anonymous

I just wanted to say a big thank you. My last day was really quite emotional. It was a long course but I honestly leave with a hugely positive feeling and I feel I have learnt a lot from you. I will actually miss you.

I have huge respect for what you do and how you do it. Big hug to you and again thank you.

– Client from our Domestic Violence Prevention Programmes run in Chelmsford

“As an individual who’s partner left me because of domestic abuse...

During my time with the Essex change programme, I went through an awful lot of experiences, ranging from realising what I had been doing wrong and why, to understanding the deeper issues behind domestic abuse, and the real effects of such behaviour on those you love. This at times, was a real emotional roller coaster of a ride for me.

There are a lot of key areas covered on the course, including how/why you became abusive, the effects of such abuse, women’s anger, to name but a few, and each session began with key questions for each person to cover (partner and spouse(s) names, any abusive behaviour, most abusive behaviour etc., similarly, there were also questions to be answered at the end of each session, which helped to focus on what we had learned/understood for that particular session.

Key topics were covered by both discussion and (very powerful) roleplay, in which we all took part at some point, which served to reinforce the outcomes of each topic covered.

Towards the end of the course it began to dawn on me that I was making real and positive progress on a personal level, culminating in an almost Eureka’ moment of realisation around week 26. This also quickly led to a breakthrough moment in terms of communicating with my ex partner, and being able to see our children.

Given that the course is designed to really deal with the issues at the heart of domestic abuse, and is not a ‘quick fix’, it was both long and often very challenging. These ‘challenges’ regarding our comments and discussions on domestic abuse came mainly from other people on the course, which initially was uncomfortable, but later on enabled each of us to realise where we were in understanding and overcoming our behaviour.

The outcome for me is firstly that I really do know how to deal with anger now, in an appropriate way. Secondly, although I am definitely going through a divorce (not through choice), I can communicate effectively with my ex partner, to the extent that I now see my children every weekend, outside of the need for a contact centre, and that my children have overnight stays with me (something which seemed an impossibility at the time of the course).

Finally, I deeply regret not having found the Essex Change course at an earlier point in my relationship, and really feel that this course should be supported to be made more widely available to more people.

It really is a ‘change for life’ course, and although a great deal of commitment and soul searching is needed, the question has to be ‘If I really want to change for life, then I have to be committed to that change, for life’.

I would have absolutely no hesitation in recommending this course to ANYONE who is seeking to deal with their abusive behaviour towards their loved ones.” 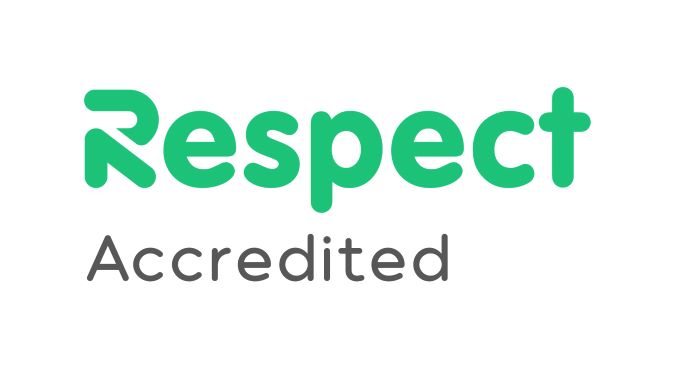